How Cities and Counties Can Solve Our Nation's Infrastructure Crisis 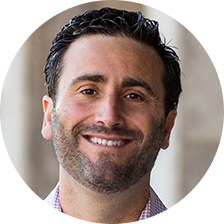 Every four years, the American Society of Civil Engineers releases a report card on America’s infrastructure. The group analyzes 18 infrastructure elements from transit and roadways to energy and broadband.

This year, America’s infrastructure scored a C-. Let’s reflect on that: C- is a near-failing grade. While it is a slight improvement from where we’ve been, we can and absolutely should do much better as a nation and a global leader.

This crisis is bigger than potholes, bumpy roads and bridges that make you nervous when you drive across them. The state of our infrastructure impacts everything from the safety of our communities to the strength of our economy. Investing in our nation’s infrastructure is one of the smartest investments we can make. It helps the United States maintain our position as a superpower, empowers American companies to better compete globally and boosts the quality of life of our residents.

While infrastructure has increasingly become a part of the federal conversation, the heroes of this story are not on the national stage. They’re right in our communities: the city and county leaders who devote their lives to local government operations and maintenance.