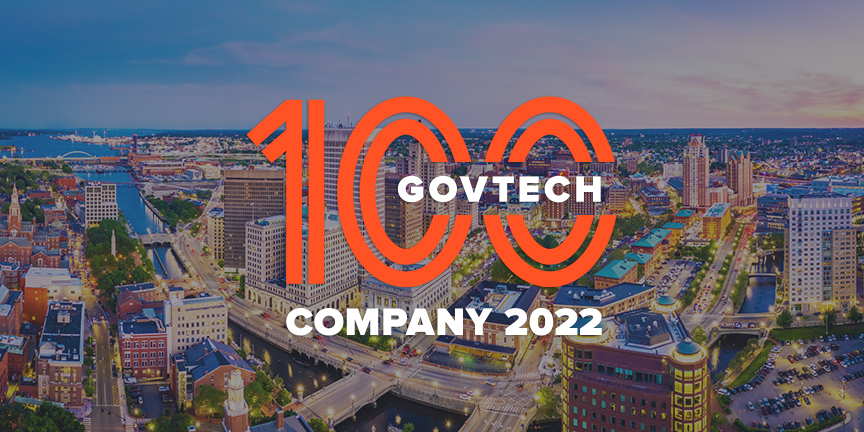 Cartegraph is honored to be included on GovTech’s 100 list, for the sixth year in a row.
Annually, Government Technology (GovTech) compiles and publishes a list of 100 companies that are “focused on, making a difference in, and selling to state and local government agencies across the United States.” In 2022, seventeen new companies have made the ranks, although Cartegraph remains strong since 2017.

To build these high-performance governments, Cartegraph uses a comprehensive, three-pronged approach that combines success coaching, expert consulting, and state-of-the-art software solutions for the asset, work, and resource management to help agencies capture data, analyze it and prepare for the future.

“We as a team, are incredibly excited to be included on GovTech’s 100, again, for 2022. Cartegraph is truly dedicated to making our communities better, and we are thrilled to be recognized for our work alongside some incredible peers. Additionally, being included again, after six years, is another great honor in and of itself. Thank you for giving Cartegraph the privilege and purpose to serve your towns, cities, and states,” stated Josh Mallamud, CEO of Cartegraph.

The GovTech 100 list was created in 2016 to recognize companies that are focused on state and local government as their primary customer. The process of reviewing and curating the GovTech 100 begins in July and continues through the end of October. The list is finalized each November and companies are notified of their selection in December. The public announcement takes place with the January release of Government Technology magazine. To review the contenders, GovTech assembles a working group of the GovTech Biz editorial team, investors, former officials, outside data partners and other relevant market experts to curate and review the list each year.