by Peter Vanderzee, President and CEO of LifeSpan Technologies
on June 18, 2019

How many times have truckers, first responders, or even school bus drivers complained to your public works department about detours they have to take due to restrictive load postings on your local bridges? Hundreds of times? You’re not alone; it’s a common problem across the U.S.

I should start by explaining why your state DOT concluded you must restrict heavy loads after a visual inspection was completed. For nearly 50 years, state DOTs have inspected bridges every 2 years. Depending upon the inspection results, especially if the inspectors find issues of concern, DOT engineers perform prescriptive load calculations to determine safe load limits.

"The county concluded that users saved $100,000 per year by not taking detours. Also, the planned bridge replacements weren’t needed, which saved them over $2 million."

While that process sounds reasonable, here’s what you probably don’t know: nearly 20 years ago, the FHWA studied their visual inspection process and concluded it was subjective, highly variable, and incapable of supporting optimal spending for repair or replacement of bridges. And, since most local governments believed that the FHWA inspection process was perfected, they didn’t consider challenging those results.

As you may expect, the visual inspection process is quite conservative by design. So are the load calculations performed by DOT engineers after inspections are completed. That results in a double whammy by downgrading both the condition and load carrying capacity of a bridge. If you think there may be a more objective and precise solution to this problem, you’re correct.

"The actual performance of most bridges is more favorable than conventional theory dictates. When a structure's computed theoretical safe load capacity or remaining fatigue life is less than desirable, it may be beneficial to the Bridge Owner to take advantage of some of the bridge's inherent extra capacity that may have been ignored in conventional calculations.”

About 15 years ago, entrepreneurs started using highly accurate sensors to capture structural responses when a bridge was subjected to known loading, e.g. a dump truck. What they found resulted in the development of a process commonly known as non-destructive load testing—approved for use by the FHWA and the American Association of State Highway and Transportation Officials (AASHTO), the parent organization of U.S. state DOTs.

Midland County, Michigan performed load testing on three previously load-restricted bridges, which were causing significant detours for local industry and farmers. All three of the load restrictions were subsequently removed after approval by Michigan DOT, saving local users approximately $100,000 per year. As an added bonus, the county concluded that planned bridge replacements weren’t needed, which saved them over $2 million, allowing those funds to be used for other local priorities.

Well, you might ask: “Does this load-testing process actually work?” Unquestionably, YES! Communities across the country have used this process on many bridges over the past few years and determined that actual performance data can support significant relaxation of load restrictions or removal of the previous restrictions altogether. And, it’s very cost effective, per Midland County.

In conclusion; it works; it’s cost effective and it’s available. So, what are you waiting for? 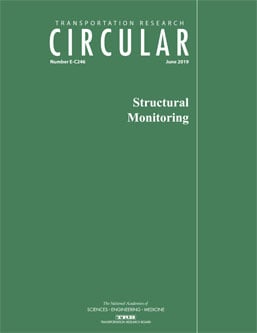