What This Is Us Can Teach Us About Local Government 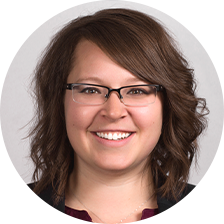 If you’re like me (and 13 million others), you look forward to spending some time each week with the Pearson family via NBC’s hit show “This Is Us.” There’s something about these characters and story lines that tugs on the heartstrings and makes me keep coming back for more. Perhaps it’s because they address issues that most shows don’t touch—including public asset management and local government’s responsibility to be stewards of those assets.

For those who don’t watch the show, one of the main characters has a vested interest in a community in Philadelphia’s 12th district. Randall and his family live in an affluent subdivision in New Jersey (which is a geographical hiccup I’m willing to overlook for the sake of this story). But, his biological father was from the 12th district, which is a lower-income neighborhood that seems to be overlooked. Randall’s father was seen as a champion in his building: making sure his neighbors were safe and taken care of, standing up to the landlord when things needed to be fixed, etc.

"What if this councilman had a way to show that he’s taking care of his community’s needs in an equitable way?"

After his death, Randall decides to carry on his father’s legacy by purchasing the building, which extends to him forming relationships with the tenants. In conversation with a mother at the local rec center, she points out the burnt-out streetlights and other maintenance that is long overdue in the neighborhood. Randall, who tends to try and save the day, decides to go to the councilman and ask him to clean things up. The councilman says he’ll send a crew out, but never does. So, Randall starts changing out streetlights on his own, before deciding to do the damn thing and run for council himself.

This narrative hits on three local government stereotypes that I believe it’s time for us to overcome:

I believe these stereotypes can be overcome with high-performance government, which is rooted in the following tenets:

How differently would the residents of Philadelphia’s 12th district feel if their government was practicing these tenets? What if that mother called her public works department or submitted her maintenance request via the SeeClickFix app on her phone? What if that request followed an efficient process and was routed directly in Cartegraph for a maintenance crew to see and address in real-time?

"Imagine what would happen if those local government leaders could point to data showing how many citizen requests they’ve addressed within 48 hours?"

Imagine what would happen if those local government leaders could point to data showing how many citizen requests they’ve addressed within 48 hours and how many repairs they’ve made in that neighborhood so far this year. Imagine the clarity and accountability that would create—and how engaged that community would become.

I understand this is a fictional show, but this story line is happening across our country every single day. Let’s take a note from our buddy Randall Pearson and do something about it.