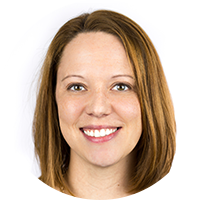 by Colleen McKenna, Cartegraph Marketing Manager
on May 9, 2019

Cartegraph, a leader in high-performance government software and services, is pleased to announce the winners of its 2018-2019 High-Performance Government Awards. The prestigious honor recognizes local government organizations that leverage modern operations management technology to solve problems, work smarter, and improve their communities.

The following 10 organizations rose to the top based on their accomplishments in several core areas, including infrastructure management and improvement, operational efficiency, citizen engagement, and data-driven decision-making. The winners were honored in front of 500 of their government peers during an awards ceremony at the Cartegraph National Conference in Denver. 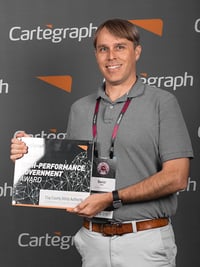 To prolong the life and reliability of its fire hydrants, Clay County Utility Authority flushes over 3,500 hydrants each year. Averaging 30 minutes per ticket, they saw the opportunity to realize significant savings in costs and time. Getting creative with Cartegraph automations, they’re completing these inspections in four months instead of eight—saving an estimated $110,000 annually by automatically creating maintenance tasks based on deficiency and deactivating out-of-service hydrants in their ArcGIS database. 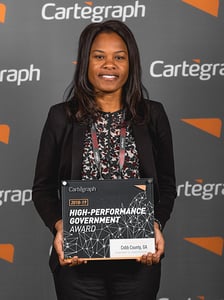 As a high-performance government, the Cobb County DOT team is dedicated to optimizing business processes, maximizing performance and providing exemplary service. With ArcGIS-integrated snow removal routes and commute updates via Waze, they’re sharing real-time info with their citizens. The DOT is even using Cartegraph automations to manage contracts, inspections, budgets, and high-priority activities, and has streamlined processes with activity-based workflows. 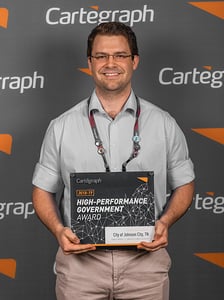 Looking to integrate disparate applications into a single, scalable enterprise solution, Johnson City sure had their work cut out for them. In just 12 months, the city rethought their approach to business and is now averaging 1,000 weekly tasks in Cartegraph with 55 asset types, 240 users, and 86 iPads. Thanks to their SeeClickFix integration, citizen requests are now flowing directly to their crews, increasing efficiency and providing residents automated status updates. 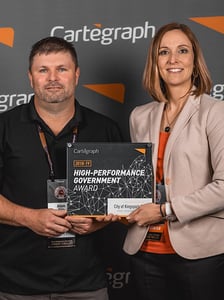 To improve safety and accountability, Kingsport sought to cut their third street sweeping shift. Based on gut, management was wary of the change—feeling workers accomplished more at night. Digging into Cartegraph data, the crew justified the consolidation, showing evening production rates weren’t, in fact, greater and that equipment breakdowns were costlier. To date, the shift change has made employees happier, doubled efficiency, and is saving the city money on repairs and tows. 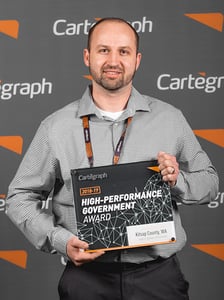 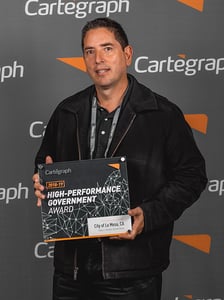 La Mesa set the high-performance goal of calling back every requestor within 24 hours and completing maintenance tasks before predefined dates. Creating custom logic in Cartegraph’s Automation Manager and tapping into Analytics Dashboard gadgets, staff can now track where they’re meeting their obligations and where they’re not. La Mesa is also using the reports to determine the best course of action—whether that’s modifying expectations, more training, or hiring additional staff. 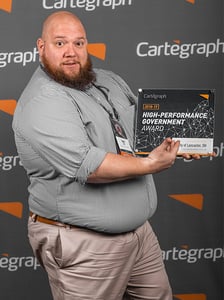 Like most cities, Lancaster strives to maximize efficiency and stretch resources. By ditching paper files and moving to mobile workflows, the Code Enforcement Division can now cover more complaint calls by documenting inspections and reviewing histories for 22,000 properties on the go. With data on their side, they even justified adding more staff—increasing inspections by 60 percent and documented violations by 40 percent, in turn, making Lancaster a safer and more attractive community. 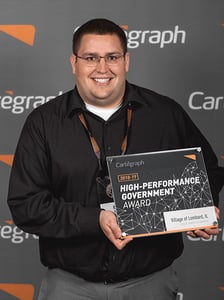 Critical to maintaining a safe and fully-operational system, flushing Lombard’s 2,857 hydrants has always been an important annual task. By configuring fields, reports and automations in Cartegraph, crews are now making the most of the collective 190 minutes of downtime as they flush the lines. By performing inspections, tracking resources, and instantly generating tasks based on deficiencies, this new efficiency is already saving them $15,000. 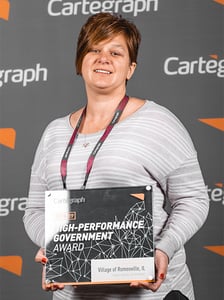 With continuous growth putting a strain on resources, Romeoville decided to arm their team with mobile infrastructure management tools. The result? Crews are empowered, staff have saved 520 hours by eliminating redundancies, and projects are monitored in real time with Cartegraph. Their high-performance data even helped the village avoid a public relations headache: faced with a water meter gasket recall, they proactively sent notices to 1,936 affected residents within 24 hours. 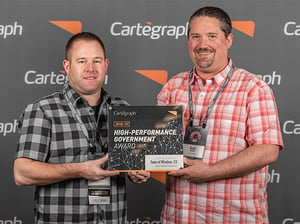 Steady growth means more roads to maintain in this municipality of 25,000: lane miles jumped 33 percent since 2010, snow removal was spread across five divisions, and the volume of requests continued to rise. By capturing and analyzing operational data in Cartegraph, multi-department coordination has become a breeze, resources are being properly forecasted, and the Windsor Streets Department justified nearly doubling their asphalt program and snow operations budgets.

Following the High-Performance Government Award winners, Cartegraph additionally honored three organizations with Flag Forward Awards. Intended to recognize innovative, forward-thinking organizations that are actively revolutionizing the public sector, the awards were presented to the City of Arlington, Texas, the City of Burlingame, California, and the City of Dyersville, Iowa. 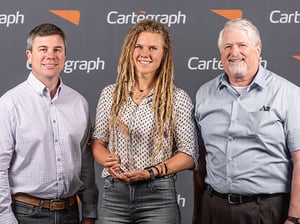 Whether it’s ice, floods, or high winds, Arlington is steadfast in proactively protecting its citizens. By creating 189 flooding and sanding locations as severe weather assets in Cartegraph, the city is using that data to efficiently dispatch crews, track tasks, and report hourly road conditions to police and fire. Using work orders, the team has also recorded all the resources used during their past 10 severe weather events, streamlining reporting to the Office of Emergency Management and FEMA.

Despite its location between two major tech hubs, the City of Burlingame, like other communities, struggled to maintain its assets with manual processes and disconnected software systems. By uniting all maintenance operations under Cartegraph and integrating applications like SeeClickFix and ITpipes, the city has eliminated redundancies and created a more effective flow of information, leading to better decision-making, accountability, and communication with their 31,000 residents. 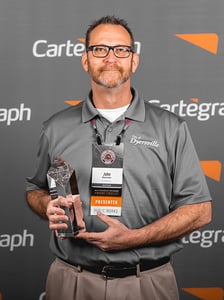 A small city with substantial growth on the horizon, Dyersville is tasked with providing adequate water service to new developments at higher elevation. With Cartegraph data on mains, valves, hydrants, and more, the city built their own water model study, identifying the network improvements required to maintain minimum water pressure across the community. In the end, the results were not only more accurate than in previous years, but also prepared and presented to elected officials in less time, saving $15,000.

take your local government to the next level